4 nights Hotel Warwick and return Virgin Flights from Heathrow – from £1,128 per person

Combining European style with vintage charm, this elegant historic hotel is perfectly located in the heart of central Manhattan. Just across the street from the Museum of Modern Art, the major attractions of the “Big Apple” such as Carnegie Hall, Central Park, Rockefeller Center, Radio City Music Hall, Times Square, Broadway Theater District or Grand Central Terminal within a short walk.

Conveniently located in the heart of the City, the hotel Warwick New York is within walking distance of all the greatest Midtown Manhattan attractions such as Time Square, Radio City Music Hall, the Rockefeller Plaza, Central Park, The Museum of Modern Art (MoMa), Broadway theaters and the classic 5th avenue high end shopping.

This Midtown Manhattan hotel is known to be one of the most historic hotels in NYC and has hosted many different celebrities throughout the years including “the king of Rock and Roll” Elvis Presley, The Beatles, and Cary Grant who was a long term resident. The renowned media tycoon Mr. William Randolph Hearst commissioned this iconic four-star hotel in 1926 for the love of his life, his muse and mistress the famous actress, Marion Davies. The hotel offers elegant and charming NYC hotel rooms, signature Manhattan suites, and amenities that exude luxury, vintage appeal and modernity all at once.

Just like the hotel, Mural’s on 54th is rich with history. This restaurant was named after the murals that cover its walls painted by Dean Cornwell, a famous illustrator and muralist of the early 20th century. Guests can therefore enjoy a delightful and tasteful menu of American fare with the backdrop of the one of a kind murals.

Warwick New York is also home to Randolph’s Bar and Lounge, a traditional American bistro style restaurant known to be one of the best places to eat in midtown Manhattan. A perfect place for pre-theatre dinner or after work cocktails.

Fill in your details below to book your perfect holiday. 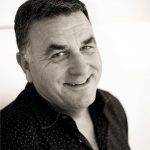 Do you have some questions or would you like to book a holiday?

Let us take the stress out of booking your holiday, we can source the best accommodation for your budget and make sure you know all the top places to go!

Get in Touch & Book

We will get back to you as soon as possible.

Keep up-to-date with the latest goings on